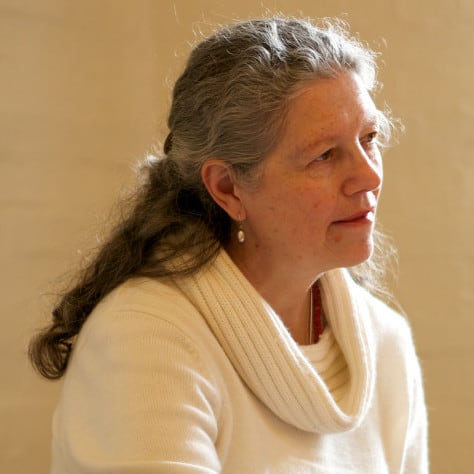 Other services:
* Reflexology (AoR member): holistic fertility & maternity reflexology, (including breech turning post 36/40 and "priming for labour" after the EDD) ante and postnatal sessions, birthing support * Spiritual Healing (NFSH member) * Oligotherapy (Swiss trace element supplementation, including state of the art Feroligo, and immune system tonic Father Michael Syrup) * Lectures and seminars: inspired by Jungian psychology and anthroposophy (Rudolf Steiner); I speak publicly on the theme of "The Journey of the Incoming Soul in connection with embryology". I run workshops in collaboration with craniosacral colleague and tutor Elissa Dell in London and Sussex, and training in "cultivating the art of presence" with doula tutor Kicki Hansard.

I am French, with Polish father, brought up in South America, and married to Mr Smith (no joke), now with a grown up daughter. (My English is fluent, by the way, and no thick French accent!)

I originally trained in natural sciences and worked as a geologist, in the field (Amazon) and at university, but when my parents went through a severe crisis in my late twenties I dropped everything to support them emotionally and care for my youngest brother.

This was a turning point in my life, as I realised there were healing gifts seemingly flowing through me that helped, and that the warmth and clarity I brought and so took for granted actually made a difference! I then chose to work with people not rocks. A spiritual awakening had occurred and no turning back.

An inner quest of self healing and finding my feet in this lifetime led me to train as an holistic therapist (1984), concentrating eventually on reflexology (1990) and finally specialising in female experiences. I met a wonderful pioneering midwife, Susanne Enzer, whose training courses in Maternity Reflexology I attended. I have been working since 2006 at the Active Birth Centre Therapy Clinic in London, founded by Janet Balaskas, and from home, in my Eaux Vives healing space.

My own birth experience with a breech baby

My pregnancy was a truly wonderful and healthy journey, with the support of the love of my life, and thanks to the combination of ongoing inner work, Ayurvedic medicine and wonderful active birth pregnancy yoga in Putney (in those heady pioneering days, pregnancy yoga classes were few and far between!). Unfortunately I was juggling a job, studies and writing a scientific paper for which I had a grant with a fierce deadline.

I had planned for a home birth within the then called Domino scheme (1990) with an excellent old fashioned midwife, Mary Menteth, but my baby stayed in the breech position… at 38 weeks I was obliged to go along with the elective caesar approach, to my shock and dismay (it had never entered my mind).

To cut a long story short: after grieving inconsolably for three days, I studied Ina May Gaskin’s SPIRITUAL MIDWIFERY section on ‘pelvic outlets’, and underwent a pelvimetry X Ray, to ascertain if I could risk a vaginal birth. Since my pelvis was conclusively not conducive to a successful vaginal birthing and since I was in any case classified as ‘Elderly Primigravida’ (36) with what was described then as having a ‘rigid coccyx joint’, the elective caesar was the only way to go: thankfully, in a stroke of gentlest Grace, the wise guidance of the Chinese I Ching oracle spurred me on to surrender.

I embraced this wholly unplanned experience with wholehearted commitment to make it a joyful birth. Breastfeeding just happened within 15 minutes of the op, and was the centre of my life for almost 8 exclusive months. My baby’s blissful smiles at the end of feeds brought such healing to my heart and mind… though I was saddened to bypass vaginal birth, I felt enriched by the whole consciousness expanding journey, which now enables me to support women who have (had) to undergo caesars. I am particularly keen on the modern ‘gentle caesar’ approach.

While I was deeply regretful I never gave birth vaginally as I’d hoped and prepared for, I had experienced, as a therapist and healer, a total mental paradigm shift: I understood the true meaning of the holistic concept. From then on, I have never been judgementally radical, believing there is only one way one ought to give birth (the natural way, obviously, or the obstetrically managed way, alternatively). In my work as a doula and as a therapist accompanying pregnant women, I perceive that the individual context is the key, and that the best of orthodox and alternative approaches is usually often the average common sense way. I have treated (with reflexology, sometimes supplemented with oligotherapy) over 1,000 pregnant women over the past 17 years and heard hundreds of detailed birth stories, learning all the time.   In a way, I’ve been a kind of pregnancy doula for many years, especially for first time mothers.  The postnatal reflexology debriefing session has been immensely useful. Helpful support for breastfeeding and mother’s looking after themselves as well sometimes as sexual tensions in the couple are aired.

As a doula, as part of the recognition process, I have officially accompanied so far five couples and families as their birth doula (and two others during my time in Brazil). All five were my reflexology clients and had stress and health reasons for wanting me to support and protect them and their babies either at home  or in a hospital setting. I have been immensely enriched by these experiences, although some situations were very challenging (eg. placental abruption during home birth). I am still being mentored, having moved from Hertfordshire to Sussex, slowing down the formal recognition process.

I believe in enabling as safe and beautiful an arrival on planet Earth as possible for each Incoming Soul.

This is my passionate vow, while endeavouring to empower the Mother-to-be, nurture and support her in whatever ways are appropriate, not only preparing for giving birth but also for breastfeeding and nurturing her baby according to her dreams. I also do my best to acknowledge and empower the Father-to-be. I give my all: with calm, humour, compassion and savoir-vivre, as I love this work. It is such a privilege to be invited to support another woman during this life changing rite of passage, such an act of trust.

Infusing information sharing with love: I feel deeply honoured to accompany pregnant women and the Incoming Soul through the threshold of birthing, listening and supporting and nurturing.  Sometimes the maze of choices and the pressures (especially around hospital induction, as well as health concerns) require careful listening and discussion.  I keep my therapist hat and my doula hat separate, unless there’s a clear understanding and permission to combine, with tact, respect and calm. As a therapist I am experienced with helping women who have had miscarriages, traumatic labours or been sexually abused, to go on to conceive, cultivate calmness as much as possible in pregnancy and create a birth setting that feels right to them.

Originally I attended the PARAMANADOULA course with Liliana Lammers and Dr Michel Odent (2007). Continuing professional development led me to attend Kicki Hansard’s Aspiring Doula course in April 2016 with a most useful day on breastfeeding with Indira Lopez Bassols.  I have attended many courses and trainings over the years (Dr Sarah Buckley, Birthlight conferences, Anna Verwaal, Dr Michel Odent workshops, Dominique Sakoilsky and Janet Balaskas, Kerstin Uvnas Moberg), enabling me to understand for instance the key roles of ‘the cocktail of hormones’, undisturbed birthing etc., as well as the legacy of past abuse or traumas working within oneself as a therapist and a doula, and within the biography of the mother-to-be.

“Dearest Sophia, We could not have done this amazing adventure without you. Your love, your warmth and healing energy was the card that made our “team” complete. I will never forget our time together…how the universe works so perfectly. And you will always hold a special place in our hearts.”

“I cannot express in words how absolutely grateful I am for your accompanying me and the baby on this journey through pregnancy and birth. We are truly blessed. Thank you, thank you.”

“Having had a long labour with my first, I very much wanted a doula this time round for extra support. Sophia was a great support throughout my pregnancy, always a phone call or email away, and I had regular reflexology to help relax and prepare me for my birthing journey. (…) I was two weeks overdue and during this frustrating time Sophia kept me grounded and reminding me baby would arrive when ready. When strong contractions began we went to hospital but like in the first birth I was only 2cm dilated. It was at this point we needed Sophia the most: the midwife suggested I stay in the ward while Greg and Sophia went home. Sophia rightly pointed out I may be calmer at home-so off home we went. (..) Back in hospital next day, still only 3 cm dilated. Eventually after much discussion with Greg, the midwife and doctors I had a spinal block and epidural. Again, Sophia made such a huge difference: to have someone else there to help accept the change in birth plan was of upmost comfort. She enabled Greg to have a rest when needed, they worked together to ensure I was as comfortable as possible, she massaged me when I asked, eased off without a word when I didn’t want to be touched anymore, she mopped my brow, dispensed my homeopathy tablets in the right intervals, ensured I drank lots, gave me amazing food, succulent dates and cereal bars that kept me going. She sat quietly, held my hand, took photos and never once showed signs of tiredness, lack of motivation or support. I finally dilated and after a few pushes our beautiful daughter arrived. We will always be grateful to Sophia for her input and support before during and after the birth of Sienna, and consider it an honour she was there.”

From the father  “Dear Sophia, Thank you so much for all of your help during a highly emotionally intense life experience for us all! You helped in so many ways, giving so much of your personal resources, we will always associate the birth with you.”

From the mother “So pleased to have made this whole journey with you. The reflexology was a godsend, an oasis of calm leading up to the birth. And your support-mind, body and spirit- was just what I needed to help the birth.”

Thank you for taking the time to read this detailed introduction,

please contact me if you have any questions, and very best wishes on your way!

Use this form to get in touch

What’s the difference between a recognised and a mentored doula?

A Mentored Doula has completed a Doula UK approved Preparation Course and is involved in Doula UK's Recognition Process. This means that they have a Mentor providing support and supervision within a framework for reflective practice until they has gained sufficient experience to become a Recognised Doula. A Mentored Doula's fees reflect their previous and current experience, their expenses and the going rate in their area.

A Recognised Doula has been evaluated by a Doula UK Doula Mentor at the end of the Recognition Process, as having sufficient experience to practise without on-going mentoring. Doula UK nevertheless continues to provide support for all its members.