This article was originally published in The Doula in Autumn 2019. 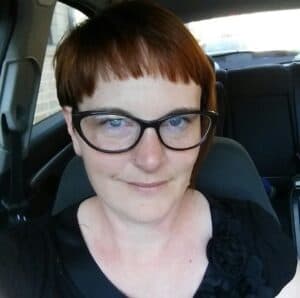 Doula clients include lesbian and bisexual women, and there will be lesbian and bisexual women amongst your fellow doulas. Doula-ing rightly centres care on the pregnant person, but we also include the whole family. Lesbian families are often invisible in maternity policies (which may talk about partners and dads as though they were interchangeable), and also in maternity research, where it isn’t even yet the norm to ask about sexual orientation as part of equality monitoring. Anecdotally, lesbian birth mums report experiences of poor care, especially in terms of genital checks after birth, and breastfeeding support. And lesbian co-mothers report feeling excluded by both policies and the care offered. As doulas, when we are invited into such an intimate and vulnerable time in a family’s journey, it is important that we make sure that we can offer an inclusive service, which respects different family formations and identities equally. As doulas we also take care of one another, and ensuring you include and respect your lesbian and bisexual doula colleagues is a key part of creating a safe and welcoming doula community.

This article gives 9 top tips for ensuring the language we use promotes inclusivity.

Case study 1 – Branwen and Ffion
• Branwen is pregnant.
• Ffion is intending to fully breastfeed, and has followed a lactation protocol.
• They knew antenatally that their baby would need to spend a few days in hospital after the birth.
• But Ffion is only allowed in during visiting hours. They complain about this.
• The NHS replies to their complaint, upholds the policy, and states ‘fathers are not allowed on the ward overnight’.

Case study 2 – Pelagia and Renee
• Lesbian couple, having their first baby.
• During labour a new midwife comes into the room, and asks ‘so, how did THIS happen’?
• This is the story they still tell about their birth 15 years later.

Case study 3 – Sophie and Mary
• Medically necessary IVF pregnancy, using Sophie’s egg, with Mary carrying the baby.
• But UK surrogacy law is based on genetic fatherhood.
• Lesbian surrogacy is therefore not legal.
• Sophie legally has to be Mary’s egg donor, Mary cannot be Sophie’s surrogate in law.
• This means that Sophie has to sign all her parental rights away in order for treatment to proceed.

He’s not the mother, AIMS article on LGBT birth and language.

Birth beyond the binary, AIMS article.

Mothers and others, academic editorial addressing the invisibility of lesbians and trans men in maternity services.

Mari is a lesbian birth mum and foster mum, and has been a doula for around a decade. She now mentors new doulas, and works as an academic, investigating pregnancy and birth choices, traumatic births and Queer pregnancy, birth and parenting at King’s College London.