During pregnancy, one in five women experience a range of painful symptoms around their pelvic region which can manifest along the lower back, groin, and inner thighs. Pelvic pain itself is not a condition but a symptom of other things happening as the body changes during childbearing. As the uterus expands, many women feel abdominal cramps similar to dysmenorrhoea especially during the first trimester. Your doula can guide you through the majority of these symptoms that will pass in time, but some are more serious and require urgent medical attention from your ob-gyn.

Take a look at the list below to find out what can cause pelvic pain in pregnant women.

Around the third trimester, you might start to feel your belly becoming hard, the uterus tensing up, and a slight pain developing around your pelvis. Do not be alarmed as these are just false contractions called Braxton-Hicks. Healthline explains that you can tell whether they’re real or not based on the frequency. Braxton-Hicks come and go at random while the sign of true labour is more intense and about 5-6 minutes apart.

In most cases, the fluid-filled sacs that grow in the ovaries cause no pain and are benign. However, it can be a cause of sharp pain due to your growing uterus pressing against the cyst. If it ruptures, you must see a doctor immediately because it can make pelvic pain more intense.

The female body prepares for the forthcoming childbirth by loosening the pelvic joints, sometimes to the point of outstretching them. This is called symphysis pubis dysfunction (SPD), which can cause extreme discomfort to the woman. The hormone responsible for the ligament stretch is called relaxin and in some cases, it may affect your baby’s joint flexibility as well in a condition called developmental hip dysplasia. Although, this is not a cause for great concern, as Doula UK previously noted that hormone-related hip dysplasia will go away over time.

Approximately 10% of expectant mothers contract bacterial infection in their urinary tract during pregnancy. UTI is a common ailment because the augmented uterus interferes with urine flow from the bladder. It can be felt as a burning sensation when you pee, or a constant pain in the lower abdomen.

It’s important for a pregnant woman to know the difference between false and real contractions. If you’re experiencing persistent lower back pain, pressure in the pelvis, contractions, even with four to three weeks left before the due date, it may be a sign of preterm or premature labour. If this is the case, seek medical attention immediately. WebMD conveys that babies born prematurely may be at risk for long-term health problems, though most grow up to lead normal lives.

Sometimes, an egg gets implanted outside of the uterus. This rare condition, called ectopic pregnancy, happens in one in fifty women. Aside from pelvic pain, the NHS relays that the symptoms include vaginal bleeding and discomfort when you urinate or defecate and it can become more serious.

The loss of pregnancy or miscarriage is an unfortunate event that happens to one in four women. It can be signalled by pain in the lower abdomen and vaginal bleeding which may look like blood clots. And while it cannot be prevented, there are things that will reduce the risk of a miscarriage such as avoiding alcohol, smoking, and drugs during pregnancy.

Placental abruption is another cause for persistent pain around the pelvis. Patient.info explains that the placenta is the baby’s source of oxygen and nutrients, and in rare cases, it can become displaced from the womb. The aforementioned vices increase the risk of this happening which can pose some serious risks to the development of the fetus and it can even be fatal. Its symptoms also include a dangerously low blood pressure and bleeding from the vagina.

No pain is too small or negligible during pregnancy. Don’t hesitate to give your doctor or midwife a ring if pelvic pain or any other symptom becomes too persistent. If you get diagnosed with the more common ailments, ask support from your family or a doula. If you need help in searching for the right birth companion, Doula UK has an easy to use Find A Doula directory of its members. 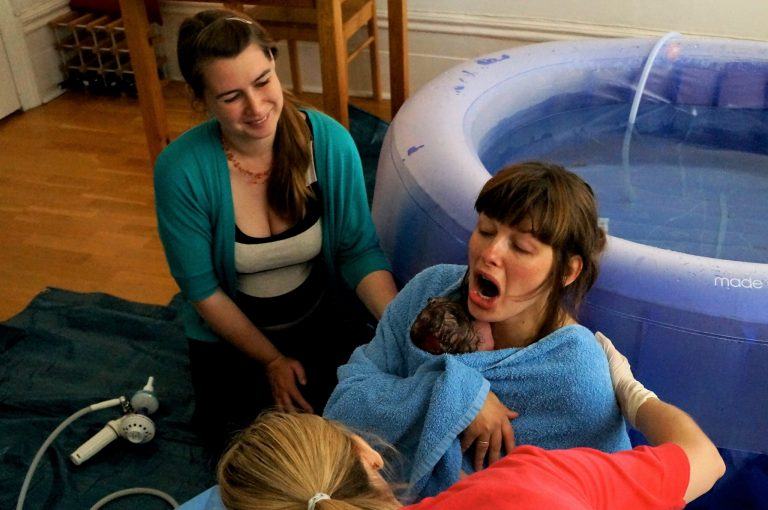